Where the USGBC community shapes the future of green building and LEED.

USGBC Live is the leading event for the future of buildings, cities and communities. Content at USGBC Live shares how to implement LEED, offers networking opportunities beyond the event to meet others in the industry, reveals new green building strategies that help with real world issues and explores the latest in green building technology platforms, including updates to LEED. USGBC Live offers more than 25 CE hours for professional credential holders, available through the in-person events and through access to the digital platform. USGBC Live content remains available to all registered in-person and digital attendees until July 15. Access the event and continue the experience, or if you missed the live events, don’t miss the replay.

Returning attendees, please use the same email as your registration. A verification code will be sent by email and text (sms) to your mobile phone. If you have issues, please contact us at events@usgbc.org.

Schedule at a Glance 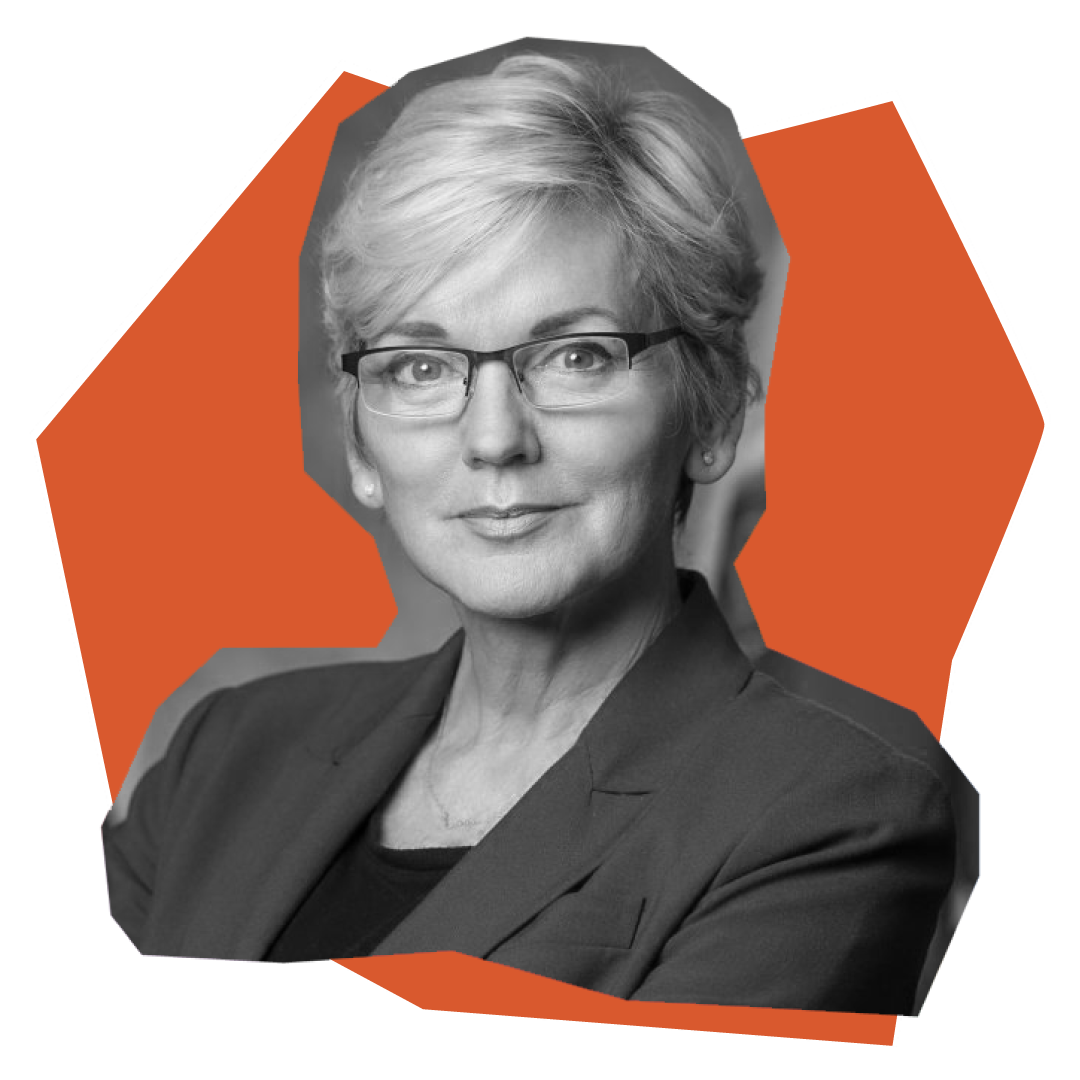 Jennifer M. Granholm was sworn in as the 16th Secretary of Energy on February 25, 2021, becoming just the second woman to lead the U.S. Department of Energy (DOE).

Prior to her nomination as Secretary of Energy, Jennifer Granholm was the first woman elected Governor of Michigan, serving two terms from 2003 to 2011.

As Governor, Jennifer Granholm faced economic downturns caused by the Great Recession and meltdown in the automotive and manufacturing sectors. She successfully led efforts to diversify the state’s economy, strengthen its auto industry, preserve the manufacturing sector, and add emerging sectors — such as clean energy — to Michigan’s economic portfolio. Today, one-third of all North American electric vehicle battery production takes place in Michigan, the state is one of the top five states for clean energy patents, and 126,000 Michiganders were employed in the clean energy sector prior to COVID-19.

Secretary Granholm was also the first woman elected Attorney General of Michigan and served as the state’s top law enforcement officer from 1998 to 2002.

After two terms as governor, Jennifer Granholm joined the faculty of the University of California, Berkeley as a Distinguished Professor of Practice in the Goldman School of Public Policy, focusing on the intersection of law, clean energy, manufacturing, policy, and industry. She also served as an advisor to the Clean Energy Program of the Pew Charitable Trusts.

Jennifer Granholm began her career in public service as a judicial clerk for Michigan's 6th Circuit Court of Appeals. She became a federal prosecutor in Detroit in 1990, and in 1994, she was appointed Wayne County Corporation Counsel.

Secretary Granholm, an immigrant from Canada, is an honors graduate of both the University of California, Berkeley and Harvard Law School. She and her husband, Daniel G. Mulhern, have three children. 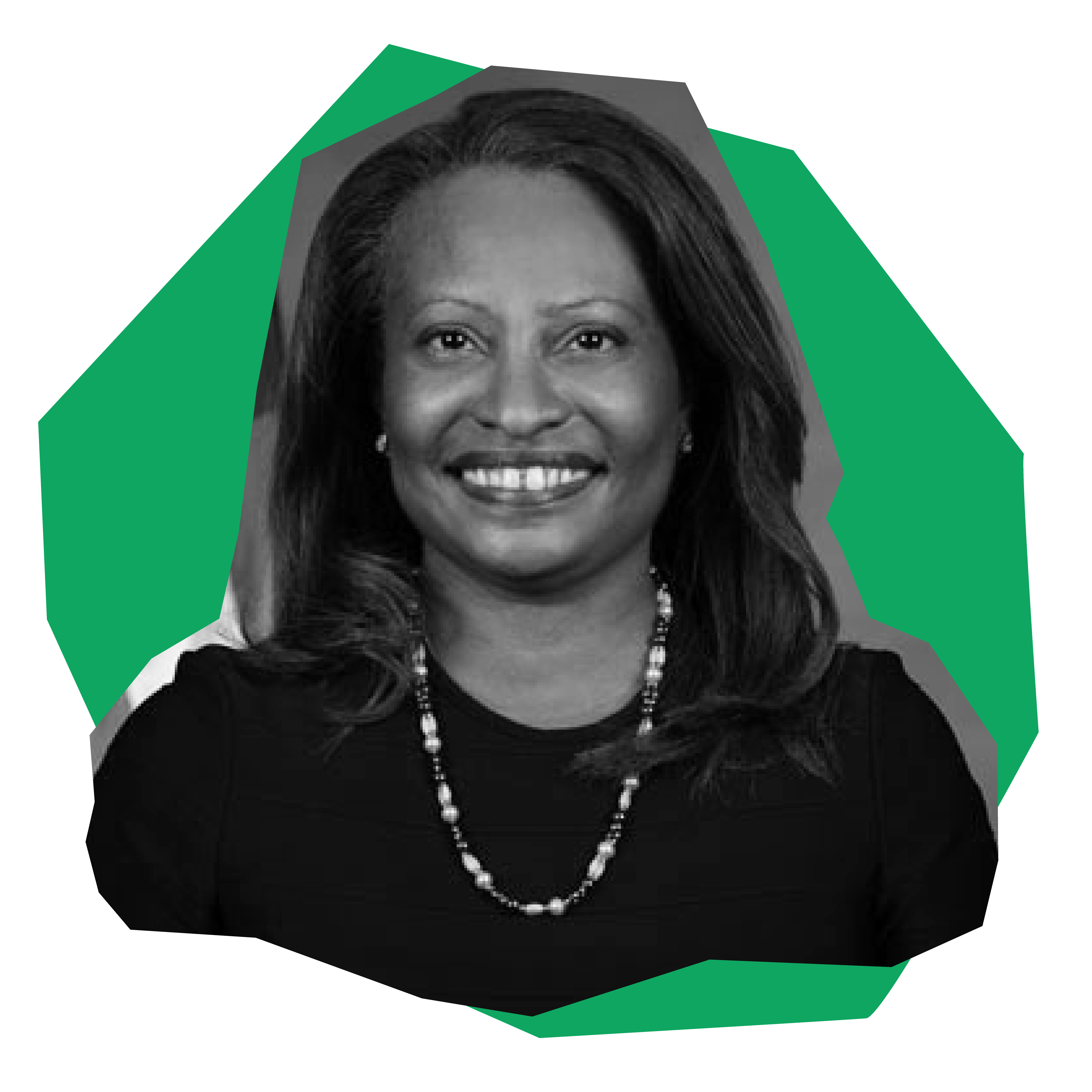 Deputy Secretary of the U.S. Department of Housing and Urban Development

Adrianne Todman, Deputy Secretary of the U.S. Department of Housing and Urban Development joins USGBC Live in person in Washington, DC on June 9 to deliver keynote remarks at our opening session. The Housing and Urban Development (HUD) is focused on the pursuit of economic development and creating affordable housing for low-income families and underserved communities that bear the brunt of the climate-fueled impact. 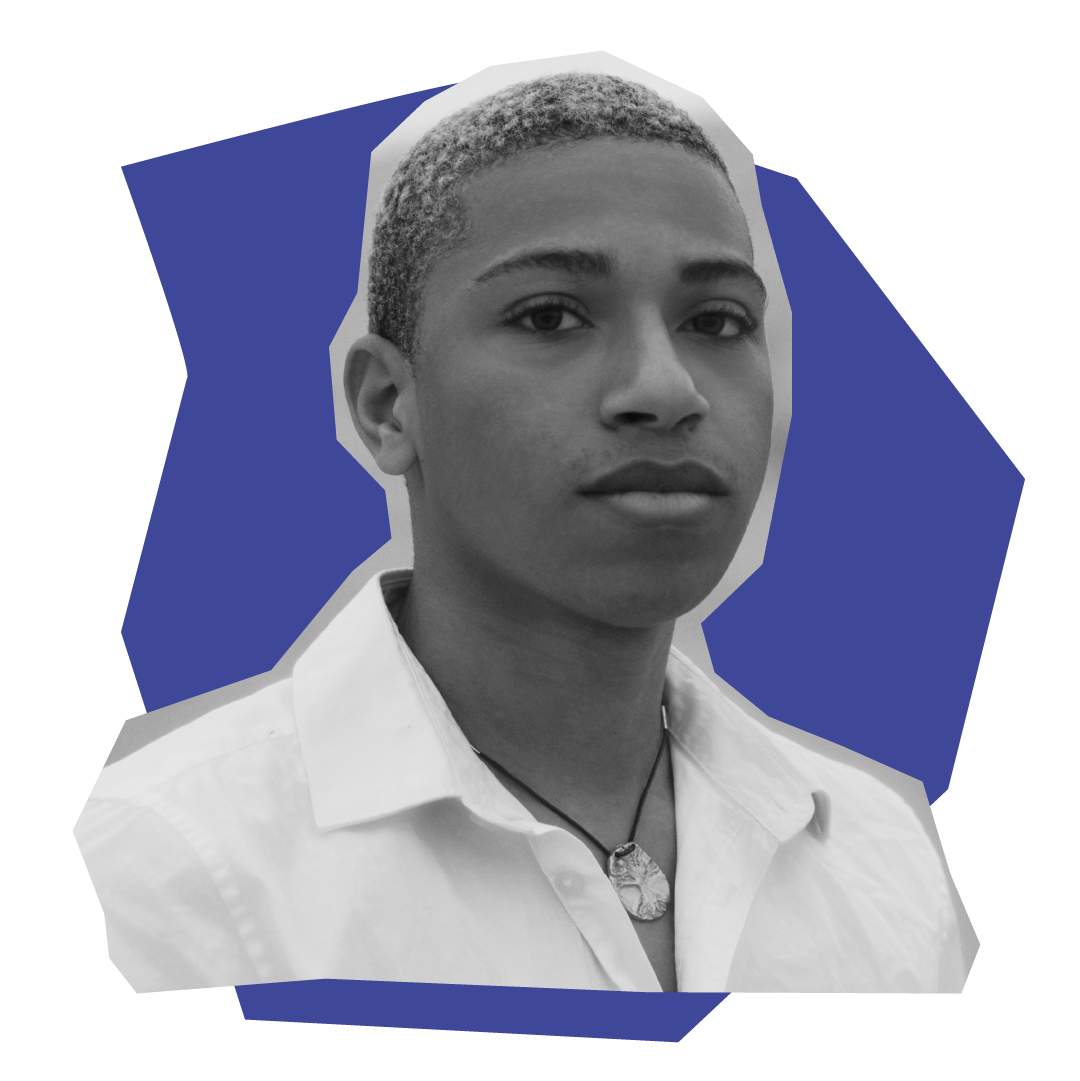 Jerome Foster II is an environmental activist, voting rights advocate, and emerging technology engineer. He sits on President Biden’s White House Environmental Justice Advisory Council. Based in New York City, but born and raised in Washington DC, he served as intern for the late Honorable John Lewis and served as Board Member for the DC State Board of Education. He now serves as Executive Director of OneMillionOfUs which educates and mobilizes young people to register and turn out to vote. He studied International Environmental Governance, Policy, and Social Justice at Harvard University and was invited to speak at the United Nations High Commission on Human Rights. Jerome helped to pass the Clean Energy DC Act (one of the most comprehensive decarbonization bills being implemented in the nation). He is one of the lead organizers of the Fridays For Future youth climate strike movement holding weekly climate strikes in front of the White House and Harvard University for over 80 weeks. For the first climate strike in February, 2019, he mobilized 400 students from his school and took a citywide leadership role in organizing climate strikes and speaking out about climate justice issues in rallies and town halls. Later on, he began working alongside Jane Fonda to kickstart Fire Drill Fridays in front of the U.S. Capitol. His experience in climate activism extends further via his work with National Geographic, where we journey across the island of Iceland as a Climatology Researcher and Virtual Reality Developer. Before his time as an activist, he coded civic-based 3D Virtual Reality Environments. Later winning the World Series of Entrepreneurship for creating a civic-based virtual reality organization called TAU VR. 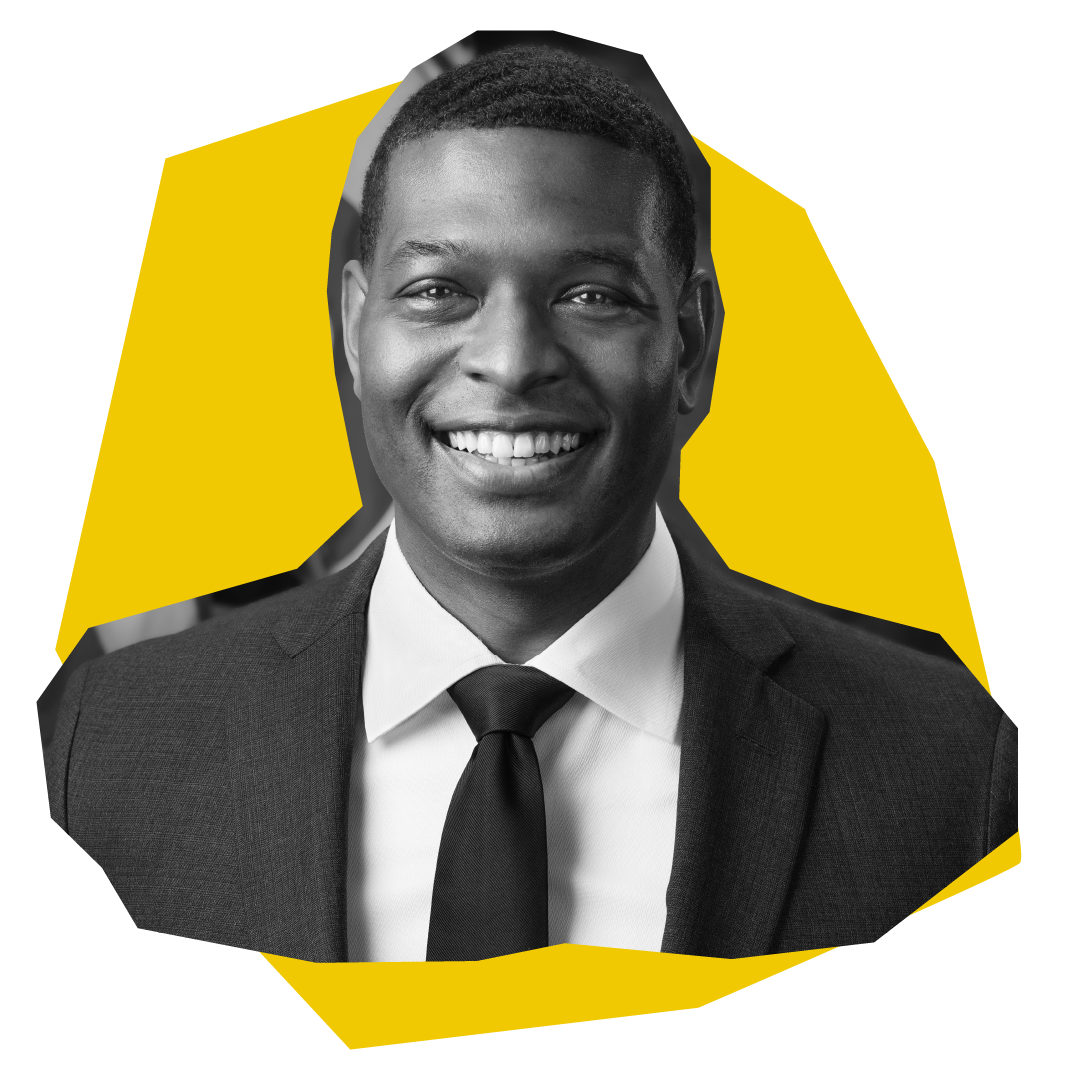 Michael S. Regan was sworn in as the 16th Administrator of the United States Environmental Protection Agency on March 11, 2021, becoming the first Black man and second person of color to lead the U.S. EPA.

Administrator Regan is a native of Goldsboro, North Carolina, where he developed a passion for the environment while hunting and fishing with his father and grandfather, and exploring the vast lands, waters, and inner Coastal Plain of North Carolina.

As the son of two public servants - his mother, a nurse for nearly 30 years, and his father, a retired Colonel with the North Carolina National Guard, Vietnam veteran, and former agricultural extension agent - Michael Regan went on to follow in his parents' footsteps and pursue a life of public service.

Prior to his nomination as EPA Administrator, Michael Regan served as the Secretary of the North Carolina Department of Environmental Quality (DEQ).

As Secretary, he spearheaded the development and implementation of North Carolina's seminal plan to address climate change and transition the state to a clean energy economy. Under his leadership, he secured the largest coal ash clean-up in United States history. He led complex negotiations regarding the clean-up of the Cape Fear River, which had been contaminated for years by the toxic chemicals per- and polyfluoroalkyl substance (PFAS). In addition, he established North Carolina's first-of-its-kind Environmental Justice and Equity Advisory board to better align social inequities, environmental protection, and community empowerment.

Previously, Administrator Regan served as Associate Vice President of U.S. Climate and Energy, and as Southeast Regional Director of the Environmental Defense Fund where he convened energy companies, business leaders, environmental and industry groups, and elected officials across the country to achieve pragmatic solutions to the climate crisis.

Throughout his career, he has been guided by a belief in forming consensus, fostering an open dialogue rooted in respect for science and the law, and an understanding that environmental protection and economic prosperity go hand in hand.

Administrator Regan is a graduate of the North Carolina Agricultural & Technical State University, making him the first EPA Administrator to have graduated from a Historically Black College and University. He earned a master's degree in Public Administration from The George Washington University.

He and his wife Melvina are proud parents to their son, Matthew. 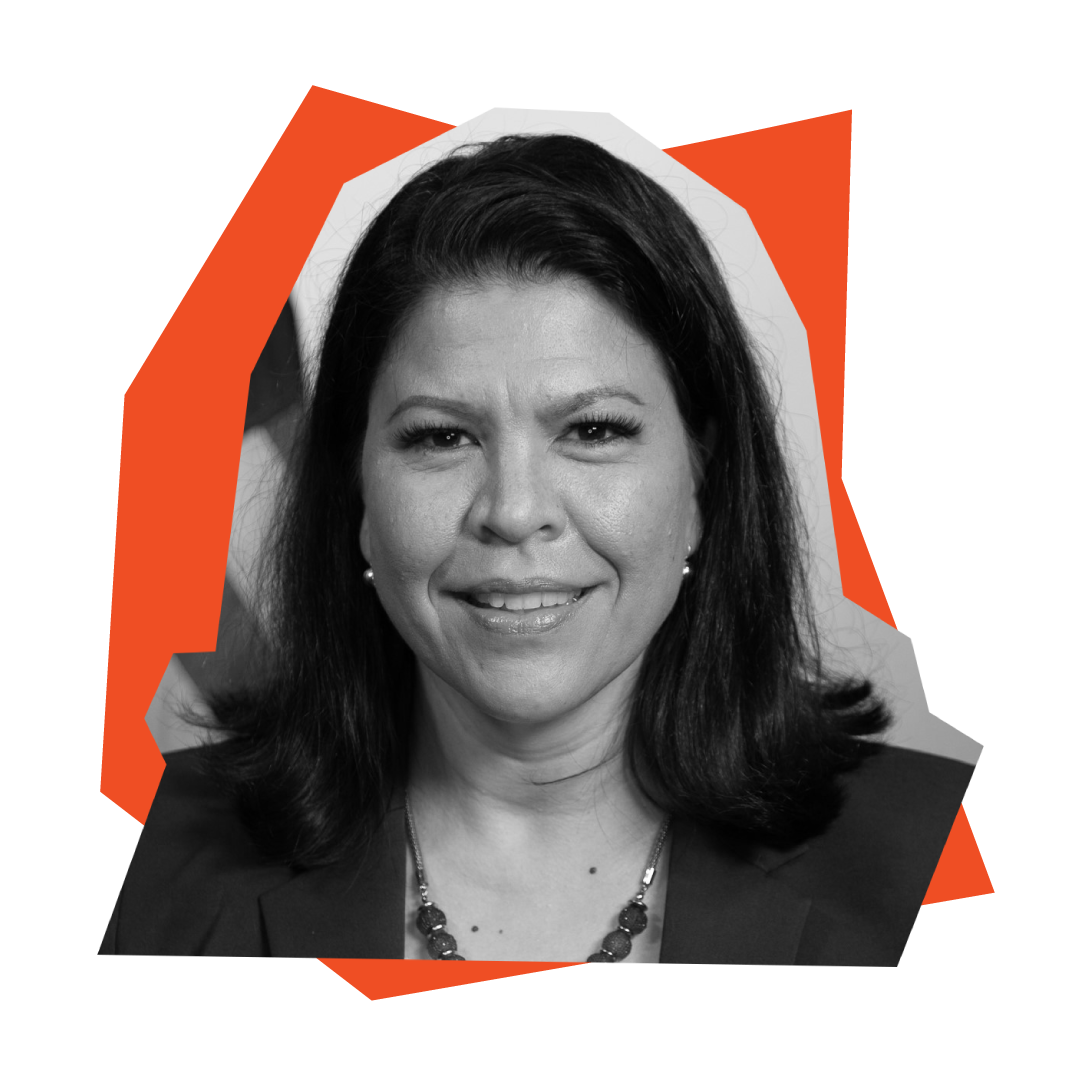 Nina M. Albert serves as the Commissioner of the Public Buildings Service (PBS) at the U.S. General Services Administration (GSA).

As PBS Commissioner, she manages the nationwide asset management, design, construction, leasing, building management and disposal of approximately 371 million square feet of government-owned and leased space across the United States and six territories.

While working at the District Department of Environment, Albert led the design and development of a first-of-its-kind $250 million energy efficiency financing program targeting commercial and multi-family property owners. As the Anacostia Waterfront Initiative Manager, she oversaw a $1.3 billion redevelopment project in Washington D.C., including a 2,800-acre waterfront revitalization program.

A military veteran, Albert served as a first lieutenant and Company Executive Officer of the U.S. Army Signal Corps.

Albert holds a Master of Business Administration and Master of City and Regional Planning from the University of North Carolina Chapel Hill and a Bachelor of Science in Mechanical Engineering from Tufts University.

Emerging economies in qualifying regions with low to low-middle income receive an automatic pricing adjustment. For more details on our pricing adjustment policy, check out our FAQs or contact events@usbgc.org.